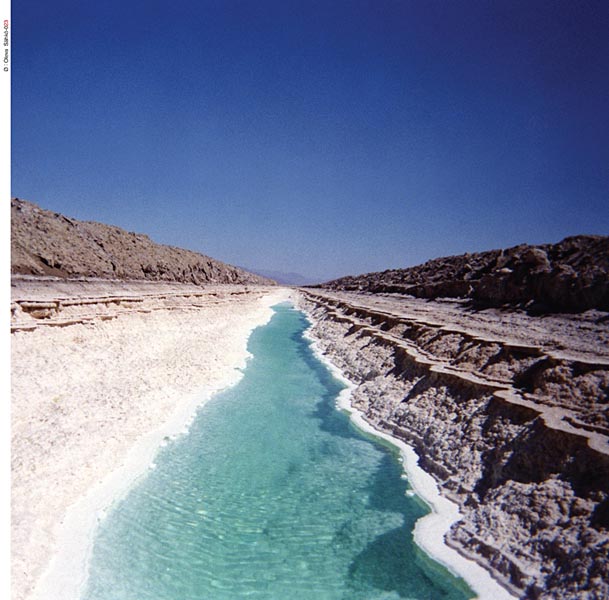 Helsinki's Sähkö Recordings announces a new Ø (pronounced "Ohm") album, called Oleva ("The Existing"), from Mika Vainio (Pan sonic); somewhat surprisingly including a cover version of 'Set the Controls for the Heart of the Sun' (note: the track is credited on the sleeve as "Set the Controls to the Heart of the Sun"), a track from Pink Floyd's second album Saucerful of Secrets (1968)!

Lest we forget... Another electronic music pioneer has passed away: Bebe Barron, who with his husband Louis Barron created the ground-breaking electronic score for the 50s sci-fi classic Forbidden Planet,
died on 20 April.

Liars (USA): 'Plaster Casts of Everything'

Tina Ulevik of Spul Films Australia -- who created the music video for Kompleksi's 'Sara Pain' in 2007 -- has her latest short film finally finished and online, describing it as follows:

"Filmed on location in Suzhou & Shanghai, China, & accompanied by music from Finland's Since November, China Life explores glimpses of China seen through the eyes of a foreign traveller evoking the surreal landscapes of ancient & modern China. The film also acts as a metaphor for searching & belonging." 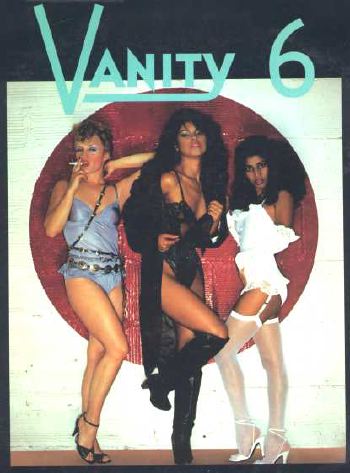 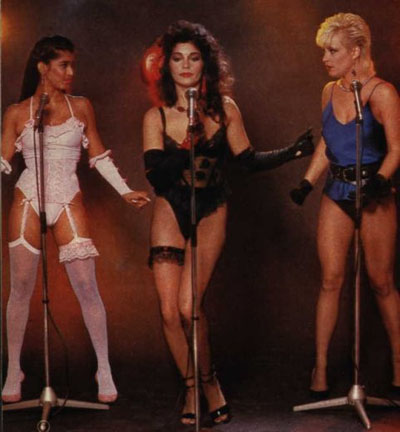 Prince obviously doesn't like Websites featuring his images, videos, lyrics or music, so here instead some pics of his early-80s protégés, a girl group Vanity 6, which later became Apollonia 6.
Prince just got 50 -- pHinnWeb congratulates. I am a huge fan of his 80s output, Prince's "Golden Age" with the winning series of albums like Dirty Mind (1980), Controversy (1981), 1999 (1982), Purple Rain (1984), Around the World in a Day (1985), Parade (1986) and Sign 'O' The Times (1987). Perhaps I'll give a closer dissemination of these one day. Anywhere, it was Lovesexy (1988) which started 2 leave me cold and after which I didn't have 2 collect from him just everything I could get into my hands. Anyway, thank U 4 the memories, influence and inspiration -- may U still live 2 see The Dawn (and hopefully a return 2 the form one day).
Posted by pHinn at 12:28 PM 1 comment:
Labels: 1980s, erotica, funk, Prince, psychedelia, rock music, soul

Huoratron (translates as "Whoretron") is Helsinki's Aku Raski, creating his wild bleep sound with a set of Gameboys. Raski has also been a member of Nu Science (an act on a permanent hiatus?). This is the video of his $$ Troopers EP (February 2008) for New Judas Records.

The notorious Mattijuhani Koponen performing with The Sperm, 1968
I missed the documentary series Maanalaista menoa (might translate as something like "Underground Happenings") on Finnish underground culture approximately during the years 1967-1971 (and beyond) when the digital channel YLE Teema showed it for the first time around last year, but gladly they now re-run it. You can also find the holy video and audio scrolls relating to the subject at YLE Elävä Arkisto archive:

Sampen has also added some great new images of his works to the following categories at pHinnWeb's Unidentified Sound Objects page:

The Streets of San Francisco

It's pHinnWeb's Couch Potato Time again! Nelonen, Finland's channel 4, has now shown almost the entire run of The Streets of San Francisco, an American cop show made from 1972 to 1977, based on the characters in Carolyn Weston's detective novel Poor, Poor Ophelia. Starring the old potato-nose Karl Malden as a no-nonsense, hard-driving but humane old-school cop called Mike Stone, and then-a-newcomer Michael Douglas as his youthful, more hip and educated partner and apprentice Steve Keller, this generation-joining combination was a sure-fire hit for TV ratings, and only flopped when Douglas, who wanted to concentrate on his career as a movie producer and film actor, was replaced in the last season by Richard Hatch (best known these days from Battlestar Galactica).

A lot of the series' charm lies in nostalgia, of course, from the rapid-fire-edit opening credits with its groovy blaxploitation wah-wah guitar-laden jazzy theme music and the pompous voiceovers (an emphatically masculine narrator announcing "A Quinn Martin Production!" and presenting the dramatis personæ and tonight's guest stars) you just don't hear any more these days; to the Zeitgeist and styles of the post-hippie Bay Area when even the "squares" had decided to let their hair down a bit: bushy haircuts, thick sideburns, flared trousers, wide ties and tight shirts, afros, belated hippie chicks, garish colours and naturally some unforgettable ocean liner-size pre-oil crisis Yankee cars. Not to mention the memorable San Fran scenery with its steep hills (ideal for car chase scenes, as we already learned from Steve McQueen's Bullitt in 1968) and Victorian architecture.

Though the years passed might have added some unintentional humor as to the show's looks, the tone of the series was far from camp. The detective pair Stone & Keller of Patrol Car 81 solved week after week crime cases involving the whole gamut of social scene: from the derelict areas of winos, youth gangs, prostitutes, runaway kids and drug dealers to the secluded world of the well-to-do, the rich, the celebrities and your usual bunch of greedy businessmen getting rid of their rivals by way of murder. Social agenda was high on the list when several storylines (many of them quite well-written in comparison to the more fluffy cop show fare) concentrated on the hapless murderers who ended up killing not by their innate evil but by some unfortunate circumstances caused by poverty and other social injustices.

Rather than being simply happy blowing the bad guy away in the climax, Stone and Keller always understood they had to deal with far more complicated causes and effects inevitably leading to tragedy; even though in most epilogues (adding to the series' charming old-fashioned style, each episode was divided into four "acts" and an epilogue) they left for home cracking ham-fisted jokes after having solved the case; Stone probably heading afterwards for a well-deserved snack of junk food and Keller to a football match with another foxy girlfriend of his. Vintage! 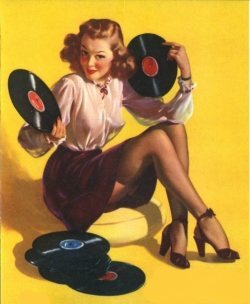