All the latest Pan sonic news will be now updated to: 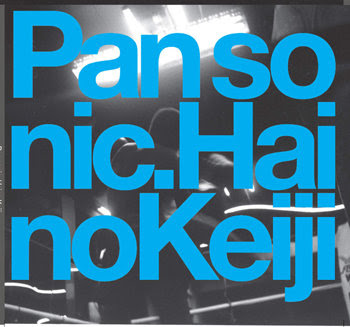 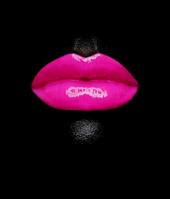 Kompleksi has now opened a Tumbler account. You can see the complete set of Rene's gig photos there:

Rene Kita also took other cool pics (would "kinetic photographic studies" be a correct expression?) of the Turku Modern festival.

All Kompleksi news from now at:

Finnish Shell TV Commercials from the 60s and 70s

"Shellistä!" Finnish Shell TV commercials of the 1960s and 70s featured the immemorable voiceovers by Kaj Gahnström, in his ultra-masculine growling bass, which used to scare the TV-watching children all over the country. Also the top model Seija Tyni appeared as the "Shell Super Girl" in these stylish clips (created by the advertising agency SEK with Crea-Filmi), which can these days seen as a sort of pop art typical of its era: pre-energy crisis and less "politically correct" (using women as sexist props in commercials, the subsequent boycotts against Shell).

Seija Tyni, as the "Supergirl", soon became associated with Shell as a product personalization, being presented as a modern action character influenced by James Bond and Modesty Blaise, and was seen in different roles in each spot: being a boxer, a soldier, a rally driver, a karate player, etc. In the 1967 Shell sunglasses campaign Tyni's Supergirl appeared as

"a teacher, sitting behind the teacher's desk and looking down at the watch she wears on a chain around her neck. The loud tick-tock of an old grandfather's clock is heard in the background. Then suddenly the school bell rings. The unmistakable, very low bass voice of the narrator [Gahnström] (voice-over was an organic element in Shell Finland's commercials until the 1990s and was imitated in numerous contemporary commercials): 'Suddenly it is 3 p.m. Polarized sunglasses. Now for 12:80. They change your whole world. For a special price. At Shell.' [This sort of "clipped" telegram style was typical of Shell's advertisement lingo. -pH] During the speak, the Supergirl removes her spectacles and puts the sunglasses on. At that same instant her hair falls down and the topknot hairdo changes into a glamorous coiffure. The last scene shows a race car curving away on an icy road."

Mallisto, founded in Helsinki by Christer Nuutinen (kb/v) and Jukka Vallisto (bg) in the mid-nineties, was active off and on for several years with slightly varying lineups, Nuutinen and Jenni Rope (kb/v) being present in most of the incarnations. Either as a duo or with Vallisto, and later with Ilja Karsikas on guitar.

A year or so of semi-active live playing (at events ranging from ordinary club gigs to art show openings and private house warming parties in tiny student flats) gradually saw the bands output evolve from childish instrumental electro pop to a peculiar lofi sound, mixing synth pop and psychedelia. The only recording to enter the public sphere during Mallisto's active phase was the self-released EP Polku, performed and produced in 2000 by Nuutinen and Rope as a duo.

Quite sadly, as the band continued to further refine its trademark sound — finally matured into their very own specific blend of Lofi Ambient Folk Pop — their active phase also seemed to slowly but firmly grind to a halt. Today, not even the members of Mallisto themselves are sure if the group still exists.

Juhannus 3008 compiles 5 tracks, originally recorded in separate sessions, during a timespan of almost 15 years, but still managing to sum up as one solid body of work.

Here a charming array of old electric pianos, organs and beautiful analog synths are paired with frail lullaby vocals and the occasional hand picked guitar to a most enchanting effect. Melodies — melancholic, warm and inviting — hover mid-air, gently held afloat in the almost invisible, ethereal embrace of buzzing oscillators, reversed tape loops and a strange kind of audible silence. The bands instantly recognisable sound is simultaneously both rich and humble, intimate and spacious.
A remix provided by Erikoismies is also included.

Today is the 75th birthday of Finnish film director Risto Jarva (15 July 1934 - 16 December 1977). You can read more about him here. In many ways Jarva was a product of his own time, whose works reflected the political ideas, social trends, fashions and general Zeitgeist of what was Finland in the 1960s and 1970s, and watching his often-topical films today, they might feel dated and even flawed in many ways, but for me Risto Jarva remains one of the most interesting directors this country has ever spawned, nevertheless.
Posted by pHinn at 2:23 PM No comments:
Labels: 1960s, 1970s, cinema, Finnish cinema, Finnish culture, nostalgia, Risto Jarva

Blindpassasjer ("Stowaway") was a Norwegian science fiction TV miniseries of three episodes, made in 1978. It was written by Jon Bing and Tor Åge Bringsværd and directed by Stein Roger Bull for NRK, Norwegian Broadcasting Corporation. Egil Monn-Iversen was responsible for the eerie film score. The series, which many consider the finest piece of filmed science fiction in Norway, was also shown in Sweden and Finland (with the title Salamatkustaja). It's interesting how some scenes reminisce Ridley Scott's Alien, which had its film premiere only a year later.

A plot summary from IMBD entry: "The spaceship Marco Polo is returning from a mission at the newly discovered planet Rossum. While the five members of the crew are in deep sleep a mysterious shape is captured on one of the surveillance monitors. Awakened the crew soon discover that one of their number has been killed, and something is living among them in the shape of a crewmate. But who is it?" 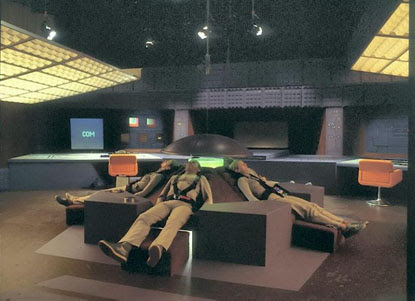 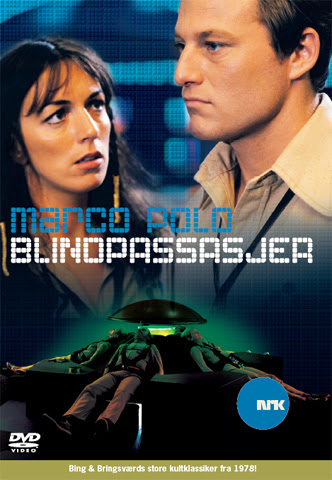 Blindpassasjer has been released on DVD in Norway.
Links in Norwegian:


Elonkorjaajat ("Harvesters") was an artist group who started in Helsinki in 1971. Inspired by the underground movement of the day, the members of Elonkorjaajat featured such people as Pekka Airaksinen, J.O. Mallander and Peter Widén who were also part of The Sperm, a controversial music and performance group. Elonkorjaajat -- whose artistic range encompassed conceptual art, earth art, installations, performance and media art -- ran in Helsinki a gallery called Cheap Thrills (the name inspired by a Frank Zappa record of the same name). Finnish Green movement had its origins in the activities of the vegetarian restaurant Kasvis, run by some Elokorjaajat members who, alongside conceptual art and underground music & culture, embraced such interests as Zen Buddhism and macrobiotic diet.

McCloud was an American TV show that lasted from 1970 to 1977, starring Dennis Weaver (who many remember from Steven Spielberg's 1971 debut, Duel) as a country marshal transferred to the crime-infested New York City; the basic premises of the series taken from Clint Eastwood's 1968 Coogan's Bluff. 'Ain't That Just The Way' by Barbi Benton (Hugh Hefner's former girlfriend) was heard in the 1975 episode 'Park Avenue Pirates'. Sheriffi McCloud being a popular show in Finland too, Benton's performance in the episode caught the attention of some local music biz people; with the subsequent translation version 'Näinkö meille täällä aina käy' by Virve Rosti becoming a big domestic hit in 1976.
Posted by pHinn at 2:34 PM No comments:
Labels: 1970s, crime fiction, Finnhits, nostalgia, opening credits, television

The Old Potato Nose is gone: American actor Karl Malden has died at the honourable age of 97. Malden, born as Mladen George Sekulovich, won an Academy Award for Best Supporting Actor for A Streetcar Named Desire (1951) and was also nominated for On The Waterfront (1954), another Marlon Brando movie. Malden was already 60 years old in 1972, when the popular cop show The Streets of San Francisco was launched, lasting five seasons and amassing 119 hour-long episodes where he starred as Lt. Mike Stone all through the series, alongside the newcomer Michael Douglas. With a career that spanned amazing seven decades, Karl Malden lent his rough, down-to-Earth charisma to whatever he worked with.
Posted by pHinn at 2:06 PM No comments:
Labels: cinema, obituaries, USA 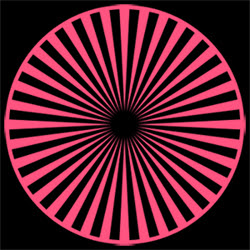