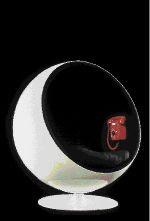 Finnish designer Eero Aarnio (b. 1932) recently got annoyed in Berlin when a TV interview with him was arranged to a car retail store. To his horror, Aarnio found out the store's two Ball Chairs (also known as Globe Chairs) -- his most famous design -- that were planned to be used as backdrop for the interview were actually copies. Aarnio says there are numerous pirate copies of his globe chair manufactured around the world, but it's nearly useless to sue the manufacturers because of the varying global copyright laws, which Aarnio thinks often leave the rights of the original designer nearly non-existent. Ball Chair was created by Eero Aarnio in 1966 and it (or its copies) has been featured in several movies, music videos, countless fashion shoots and so on: basically whenever a piece of stylish retro design is required.

The retrospective exhibition of Eero Aarnio's works "Retropop, Phantasie und Tagträume" is now on display at the Finnish Embassy in Berlin from November 8, 2007 to January 4, 2008.

On Tuesday 27 November 2007, one of the remaining Futuro houses was sold at Christie's auction in Paris for 140,000 euros. Futuro was a flying saucer-shaped fibreglass house designed by Finnish architect Matti Suuronen in 1968, reflecting the era's futuristic space age dreams. Futuro was the subject of Mika Taanila's 1998 documentary film Futuro - A New Stance for Future and also appeared on Jimi Tenor's video The Year of the Apocalypse.

An interesting interview concerning among all the recent Gregorius YouTube phenomenon and some Finnish perceptions of "otherness":

I Wish Life Could Be Swedish Magazines (a.k.a. Post Robust Profits) 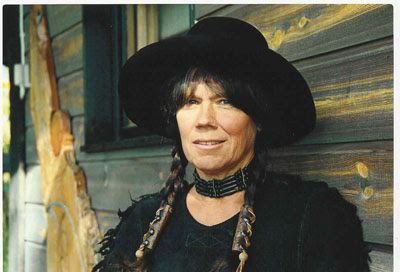 She came into prominence along the Finnish folk music boom of the mid-60s, when she recorded as a trio with Bosse and Robert Österberg among all some Finnish translations of Johnny Cash and The Kinks, but also her own solo songs, 'Paha tyttö' ("Bad girl") perhaps the best known of them. Furthermore, the Pomus.net entry lists 'Ne kesäyöt' (Marianne Faithfull's 'Summer Nights'), 'Sunny', 'Jos nyt menet pois' (Jacques Brel's 'Ne me quitte pas'; known also as English version 'If You Go Away', recorded at least by Nina Simone and Scott Walker) and 'Elät yhä muistoissain' ('Dream A Little Dream of Me' by The Mamas and Papas) as some of the most successful Anki songs of the period 1965-69.

Both in 1966 and 1967 Iskelmä magazine voted Anki Lindqvist as the most popular female singer in Finland. During the late 60s Anki also toured the country as a member of "Danny-Shows", the summer entourages of Ilkka "Danny" Lipsanen, and in 1969 she appeared in Finnish version of Hair. In the 1970s Anki was a member of the band Cumulus, alongside with Heikki "Hector" Harma, Cay Karlsson, Sakari Lehtinen and Petri Hohenthal. Anki Lindqvist also worked as a producer and director for the entertainment department of Finnish Broadcasting Company YLE's Swedish language TV. 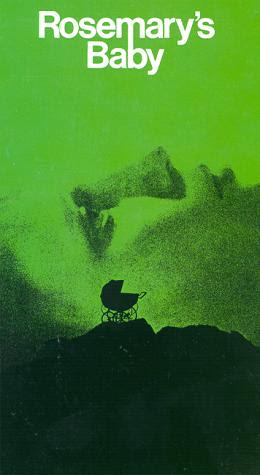 The American suspense novelist Ira Levin (1929-2007) has passed away. Levin was best known for such works as Rosemary's Baby (1967), The Stepford Wives (1972) and The Boys From Brazil (1976), all of them also turned into film adaptations: the most successful of them Roman Polanski's Rosemary's Baby (1968), which is very faithful to the original book.

One of Levin's strengths was to take what were some current trends in society and turn them into masterful works of suspense and paranoia that did not took place in any traditional Gothic settings such as haunted castles with their mad scientists and horror film monsters, but in (superficially) familiar and mundane everyday settings of urban/suburban life, where the uneasiness of main characters gradually grows as the events unfold.

Such mentioned trends of the time were in Rosemary's Baby the interest in occultism and re-assessing of the religious issues in the 60s (arguably, there might not have been such "Satanic" book and film hits of the 70s as The Exorcist or The Omen had Levin not paved the way with his work); or the same era's rise of female emancipation, as reflected in The Stepford Wives, a horror/sci-fi/satire on some robot-like and very un-emancipated suburban housewives.

["Stepford wife" has now even become a catchprase in everyday usage -- according to Wikipedia it is: "usually applied to a woman who seems to conform blindly to an old-fashioned subservient role in relationship to her husband, compared to other, presumably more independent and vivacious women. It can also be used to criticise any person, male or female, who submits meekly to authority and/or abuse; or even to describe someone who lives in a robotic, conformist manner without giving offense to anyone. The word 'Stepford' can also be used as an adjective denoting servility or blind conformity (e.g. 'He's a real Stepford employee') or a noun ('My home town is so Stepford')."]

Rosemary's Baby and The Stepford's Wives also make use of a very similar premise in both of them: an ordinary housewife finding herself in a new life situation -- young Rosemary Woodhouse getting pregnant with her first child and all subsequent hopes and fears arising there; a modern and feminism-orientated Joanna Eberhart with her husband and children moving from city to a suburban small town with some very conservative and old-fashioned values as to the place of woman in family and society -- and her slowly growing suspicious, even paranoid, towards the people in her nearest environment, where everything is obviously not as it seems.

A real treat is offered for Berliners tonight when Pan sonic meets the legendary Japanese guitarist and experimental musician Keiji Haino at Berlin's Volksbühne. Also Mr. Schmuck's Farm (a.k.a. Dirk "Schneider TM" Dresselhaus and Hildur "múm" Gudnadóttir, both Ilpo Väisänen and Pan sonic collaborators, respectively) will appear. And if my mostly-forgotten school German serves me right, also an album collaboration between Pan sonic and Keiji Haino is to be expected... 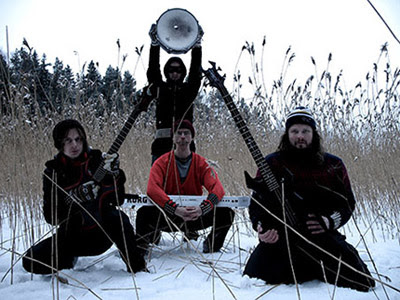 Finnish postrock/post-Krautrock/NWOFHM band Circle is the subject of Saturn Reality (a.k.a. Saturnus Reality, 2007), described as a rock documentary meeting experimental film fantasy; inspired by the works of such as Stan Brakhage and Kenneth Anger. The director/cinematographer of the 60-minute film is Esko Lönnberg. Saturn Reality will have its world premiere at Helsinki's Avanto Festival 2007. 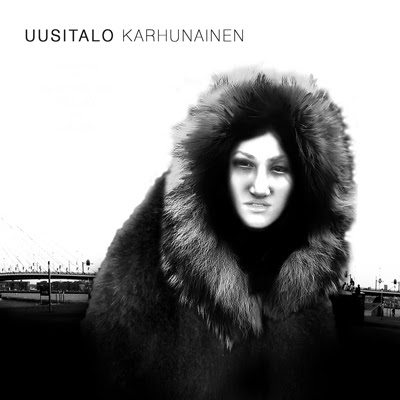 The ever-productive Sasu Ripatti (a.k.a. Vladislav Delay a.k.a. Luomo) has a new album out under his Uusitalo moniker, called Karhunainen ("Bear Woman"). You can listen to some tracks from the album at Uusitalo's MySpace site.

Some of the concerts feature visuals and video art by Marita Liulia, Maippi Ketola and Samuli Alapuranen.

'Etoiles Polares Finland' is produced by Vooruit Arts Centre with additional programme consultation by Fimic, and with the support of several Finnish institutions and foundations.

"Finnish artists Tellervo Kalleinen and Oliver Kochta-Kalleinen collected the pet peeves and angst-ridden pleas of people in Helsinki and then composed this choral work around the list of complaints. Music composed by Esko Grundström. 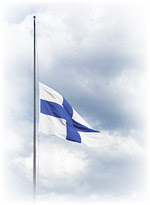 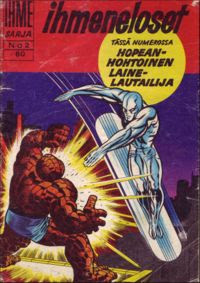 The Jack Kirby-era Fantastic Four (1961-70) on Marvel Comics has been a big favourite of mine for a long time, though my efforts to collect these works have been somehow haphazard and mostly reliable on irregular Finnish translations. The latest of these is Ihmesarja 12 (reviving the title under which Marvel's comics were published in Finnish for the first time in the 60s) on Egmont, a compilation which features from 1969 and 1970 the last Fantastic Four adventures Kirby created for Marvel Comics before he left the company.

Kirby's was an elegant and cinematic style of illustration (I especially love his beautiful female characters) owing a great attention to detail and vast cosmic visions, with a certain occasional touch of surrealist pop art too (some of his singular comic book panels could be works of art in their own right): Marvel Comics enjoyed a cult following among the members of the 60s psychedelic counter-culture; having a certain hipster appeal with characters like Silver Surfer (who had his first appearance in FF #48, March 1966) who was a philosophical galactic beatnik/hippie never ceasing to wonder humankind's war-like habits.

The storylines themselves -- with pompous cosmic villains of over-theatrical lines and their universe-conquering delusions of grandeur combined with the silly comedy antics of our heroes' domestic lives -- seem quite childish these days when pop culture is inhabited with psycho serial killers and even Batman has become a dark right-wing vigilante à la Frank Miller, but obviously it's this old-fashioned naivety for which the vintage Fantastic Four holds a great appeal.

Juha Rautio and his paintings [click for large version]
My brother Juha Rautio recently had an exhibition of his flamenco paintings at the Library of Mukkula in Lahti, where he lives now; combining two of his interests, art and playing flamenco guitar himself. I hope to have in the future some of Juha's paintings presented also in this blog.

From We Sing For The Future Launch @ The Foundry, London, UK 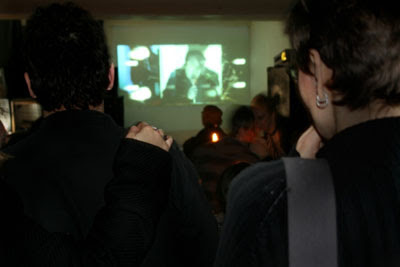 From Walter & Sabrina's We Sing For The Future launch event @ The Foundry, London, 27 October 2007 where Kompleksi's 'Sara Pain' video by Tina Ulevik was also shown. I couldn't make it to the event myself, but Walter Cardew told it went very well. 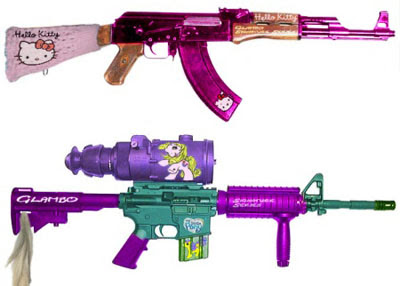