"All Is Lost In Bright Confusion..."

The Oscillation's (a.k.a. Demian Castellanos, DC Recordings, UK) cover version of a Julian Cope song. (The original can be found from Cope's 1984 album World Shut Your Mouth.)

Sami Pennanen, a.k.a. Sampen a.k.a. Unidentified Sound Objects will have his exhibition at Galleria Huuto, Helsinki, on 30 April - 11 May 2008.

"I'm Blinded By The Daisies In Your Yard..."

From the album Around the World in a Day. 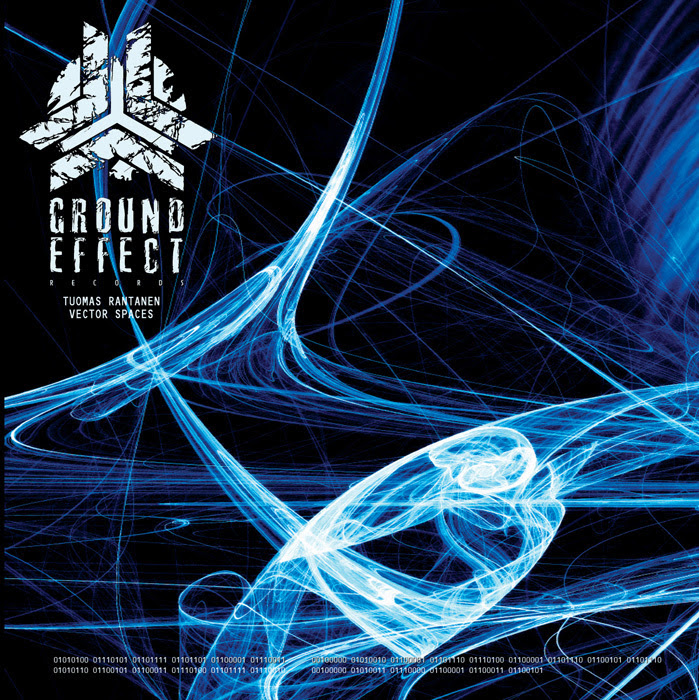 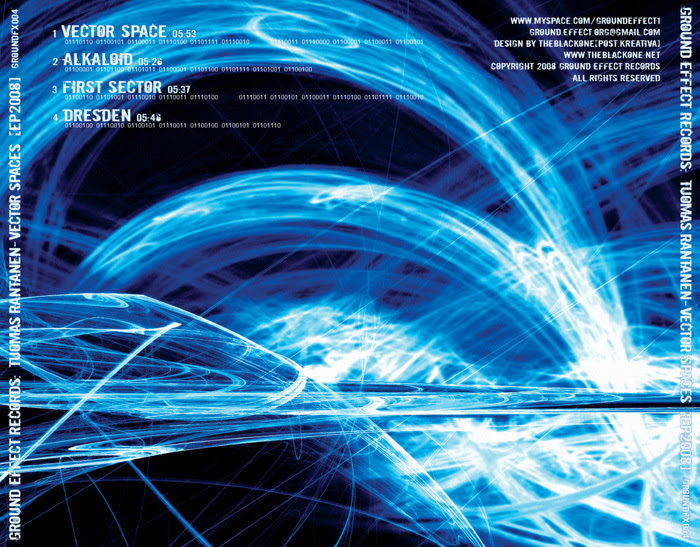 "The fourth release of the Ground Effect Records (Sarajevo, Bosnia and Herzegovina) digital label is ready to rock the floors once again with the Finland mastermind Tuomas Rantanen. The release is scheduled for 15 April 2008, but first two tracks will be available exclusively on junodownload.com as a promo by the start of April."

Before the humungous compilation Death Before Distemper 2 comes out early June, UK's DC Recordings hits with the latest album from Padded Cell and their brand of atmospheric analogue-Kraut-electro-disco-punk-funk:

Richard Sen and Neil Beatnik's Padded Cell has been the focus of growing speculation of late. After achieving individual notoriety as a Bronx Dog (Heavenly) and a Dirty Beatnik (Wall of Sound) respectively, their triptych of 12" releases for DC Recordings -- 2005's "Signal Failure" (DCR64), 2006's "Are You Anywhere" (DCR67), and 2007's "Moon Menace" (DCR76) -- has left nocturnal creatures everywhere drooling with desire for a full-length glimpse into the shodowy depths of the Padded Cell. Finally it is here!

Drawing inspiration from bands as diverse as Goblin, The Velvet Underground, Arthur Russell, Material, Bush Tetras and Carl Craig, this duo's analogue fetishism is tinged with creeping psychosis but makes for a sound that is a soulful and emotional as it is dark and narcotic. The making of Night Must Fall has involved a list of collaborators that hints at this rich diversity: Dennis Young (Liquid Liquid) plays percussion, Chloe Battant from London punk-funk band Battant (Kill The DJ) delivers vocals; guitars and synths come from sonic necromancer Giallos Flame (Analogue Screams / DC Recordings) and Italian producers The Diaphanoids (Bearfunk) deliver strings, synths and vocals.

With careers as prolific club deejays and live performers that have spanned almost two decades (not to mention remixing the likes of the Glimmer Twins, Mekon, Sly Mongoose and Big Two Hundred), it follows that these mind-bending elements have been forced through dancefloor-focused channels, creating the nefarious 'devils-disco' brew for which this pair have become notorious. From the 80s New York-style funk of forthcoming single "Savage Skulls" to the John Carpenter-esque soundtrack of "City of Lies" and the new-wave pop-noir of "Word of Mouth", this a journey into dance music's darkest depths that will possess listeners of all persuasions.

A worldwide tour is scheduled for May and June to coincide with this release.

Kiki Moorse (ex-Chicks on Speed, GER) appears on Sonic Weekend Vol. 2, a compilation hosted by White Label Music (the UK label co-run by Ann Shenton and Marc Hunter), which is now available from iTunes, featuring Kiki's lyrics and vocals on tracks 4, 5 and 6. Kiki Moorse also currently has with Andreas Reihse (of Kreidler) a project called BadFrench.

Living Space Records is a new record label from Finland. It was founded in 2007 by DJ:ing friends Joel Hypén (aka Jellona) and Matti Nives. The imprint aims to offer a fresh take on left-of-the road electronic rhythm music, such as downtempo, leftfield hiphop, dubstep, deep house, future jazz, skwee, and so on. The label managing duo can also be caught DJ:ing around and about. Previous label nights have found the Living Space DJs in such locations as m12 in Berlin, Stadt Venlo in Cologne, and mbar in Helsinki.

In June 2007 Living Space Records released its first 12", the 'In Phase' EP (LSP001) by Ninja Tune / Solid Steel demo contest winner Empty Chair. The record was cut on green vinyl and it was also the first of a series entitled "The Colours of Living Space". The release has already received some enthusiatic feedback, and has been featured in several highly-regarded radio shows such as Worldwide (Gilles Peterson, BBC), Basic Soul (Simon Harrison), Bogaloo Radio (Matthias Desch), Sound of Swound (Rupert&Mennert), Nine2Five (Petrus), and many more.

The Living Space concept also includes a radio show on Vienna's play.fm. Once a month, Joel and Matti share their most precious electronic cuts with anybody willing to tune in. Guests are also featured on the show occasionally. Actually, the whole thing started with the radio show on (Finnish University town) Joensuu's Oi FM radio station, so hosting their own programme is quite essential for the Living Space personnel.

And The Lefthanded (FIN) on DC Recordings' (UK) Forthcoming Compilation

Finland's And The Lefthanded (formerly Larry and the Lefthanded; the members Timo Kaukolampi and Vilunki 3000 are also part of Op:l Bastards) will appear on DC Recordings' forthcoming compilation Death Before Distemper 2 with their magnificent 'Rocket Rock', my favourite track (early Pink Floyd meets Hawkwind meets 60s psychedelic garage rock meets Krautrock meets...?) from their 2004 album In the Kingdom of The Shadows. (You can hear 'Rocket Rock' also at the MySpace page of And The Lefthanded.)

Following on from 2006's astounding Death Before Distemper (DCR73) compilation, DC Recordings is proud to present the second installment in the series: Death Before Distemper - Revenge Of The Iron Ferret. The inevitable culmination of years of rodent fetishism, the Distemper that has been gradually affecting the label, manifest in recent DC Recordings events and peculiar art works, has demanded a new survey of our musical landscape from which we are now able to present the following specimens:

Booze is the formidable collision of Milo Smee (Chrome Hoof) and Demian Castellanos (The Oscillation); taking a break from their respective projects to deliver this febrile outburst of gravelly percussive filth -- 'Insanity Drive'. And The
Lefthanded herald from Finland and bring their lunar psych to the roster after years of self-imposed musical exile in their native country. Bot'Ox features the talents of masterful French producer and DJ Cosmo Vitelli, here bringing a touch of the cinematic with the sumptuous disco groove 'The Crash Theme'. Already notorious for their recent DJ set at the "Hairy On The Inside" event in London, Muscleheads are a shadowy duo whose debut track 'Phosphorescence' is a remarkable experience in droning disco-fied Krautrock. The 63 Crayons delivers a mutated motorik classic in the form of the Silver Apples-esque 'Heal Us'. All of these tracks are exclusive to this DC compilation.

Alongside these new characters certain members of the DC familiar are present with fresh new offerings. Depth Charge, the eponymous leader of our creed who some feared lost in musical oblivion -- returns to dispel any such speculation with the truly masterful, Carpenter-esque 'Castle Of Doom'. Meanwhile Padded Cell give us a unique version of 'Beautiful Gloom', a track taken from their new album Night Must Fall (DCR72) but reworked here by Liquid Liquid's Dennis Young. The Oscillation's bucolic 'Somatone' is a glimpse of one of the many new directions that Demian Castellanos is heading in with his forthcoming material. Andy Meecham's Emperor Machine goes into library-esque territories with the bizarre mechanical guile of 'Swiss Machine', whilst Kelpe's 'Shipwreck Glue' is one of the standout tracks from the acclaimed Ex-Aquarium (DCR82) album. Due to repeated demands from the music-consuming masses we have also featured here Kelpe's remarkable remix of The Oscillation's 'Head Hang Low', previously available as download only b-side.

Released just prior to the summer, when DC artists old and new, will present a series of unprecedented live events, Death Before Distemper 2 - Revenge Of The Iron Ferret will provoke fear, rage, uncertainty and rabid delight amongst the musical hordes!

And even before the compilation DC Recordings gives the latest offering from Padded Cell, a.k.a. Richard Sen and Neil Higgins, with an exclusive remix from Depth Charge (a.k.a. J. Saul Kane, the label's boss and a cult artist in his own right):

Klaus Dinger, a German Krautrock musician perhaps best known from seminal Neu! (and its successors La Düsseldorf and La! Neu?) and also as one of the founder members of Kraftwerk, has passed away.
Posted by pHinn at 12:21 PM 1 comment:
Labels: Krautrock, obituaries

Forwarded message from Erikoismies a.k.a. Tom Backström a.k.a. Musta Kirahvi:

BUY IT
- from the Ektro Records web store
- from the Myymälä 2 gallery shop, Uudenmaankatu 23, 00100 Helsinki
- or order a copy by sending us a message via the myspace page:
http://www.myspace.com/erikoismies 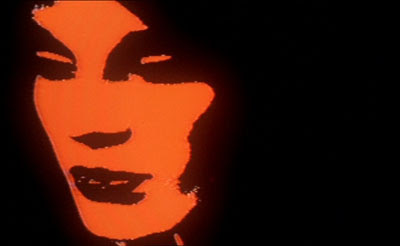