Roope Seppälä, Ville Pitkänen and Reima Tuovinen from Helsinki are the experimental/electronic/ambient act Musti Laiton (translates as "Blackie Lawless", as with the vocalist of the 1980s notorious glam-metal act W.A.S.P.), who have released a new album, Megacity Chillout. Responsible for the album's cover art is the legendary Läjä Äijälä (of Terveet Kädet/Billy Boys/Leo Bugariloves/Sultans fame). The album is released under Creative Commons licence 2.5. and is available as a free of charge Web release and CD release (TEMMI-0005).

"They Must Have Come To A Secret Understanding"

The debut performance of The Vladislav Delay Quartet will take place on Friday 11 April 2008 at My Favourite Thing festival at Radialsystem, Berlin, Germany.

British science fiction writer Sir Arthur C. Clarke has passed away. Clarke (16 December 1917 - 19 March 2008) was best known for 2001: A Space Odyssey (1968), the basis of which was in his 1948 short story 'The Sentinel', speculating on an alien intelligence being involved in early human evolution. Clarke also worked in close collaboration with Stanley Kubrick on the novel's film version of the same year: the book and the film created, in fact, in tandem. Other well-known novels by Clarke were among all Childhood's End (1953) and Rendezvous with Rama (1972). Clarke liked to quote the first Indian Prime Minister, Pandit Nehru: "Politics and religion are obsolete; the time has come for science and spirituality. I regard that as my guiding light," he said.
Posted by pHinn at 2:37 PM 1 comment:
Labels: 1960s, 2001: A Space Odyssey, literature, obituaries, science fiction, Stanley Kubrick

YLE Elävä Arkisto features some videoclips of DIMI, perhaps one of the first digital synthesizers in the world, which was designed in 1970 by Finnish electronic music pioneer Erkki Kurenniemi. Also part of the DIMI series was the "video organ" DIMI-O, guided with a video camera, which converted the real-time movements of performers into sounds and music. In an English-language demonstration film dancer Riitta Vainio shows off the possibilities of DIMI-O in 1971. DIMI-S (a.k.a. The Sexophone) registered through electrodes attached to performer's skin any emotional changes in him or her.

Finnish music journalist Jyrki "Jyräys" Hämäläinen has died. Hämäläinen (27 July 1942 - 18 March 2008) was best known as the chief editor of pop music magazine Suosikki ("Favourite") from 1968 to 2003. He also wrote several music books, including artist biographies for such as Ilkka "Danny" Lipsanen and Olavi Virta, also a biography of magazine mogul Urpo Lahtinen. Hämäläinen was known for his flamboyant and flashy writing style, also as one of the primus motors of the celebrity club Dean Martin Boozing Society. 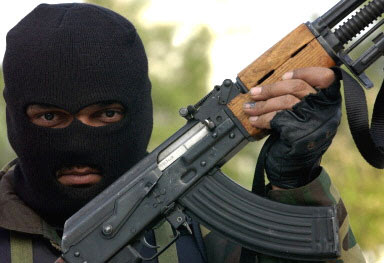 "Hey man, I'm not the official artwork of this release, but get it now, or you'll have to deal with me!"

More from Erikoismies whose Erikoisdance 7 was featured here some time ago...

BUY IT
from the Myymälä 2 gallery shop in Helsinki or order a copy by sending us a message via the myspace page --> http://www.myspace.com/erikoismies

FROM THE PRESS RELEASE
"[...] The Method, involving phases familiar to no other musical theory or practice, differs from most every more widely known technique of creative audio production in the highest degree, and is used for the sole purpose of summoning forth what could easiest be described as The Spirit of The Apparatus. Anyone utilising The Method is forced to willingly deny themselves many privileges — such as human control over the process or the right to personally be tributed as the creator of the final recorded work — and subject themselves to the position of being a tool of The Apparatus."

To commemorate my family, especially those members who are not among us any more, I created a virtual family album, which you can see here.

About the etymology of the word "Rautio": it's an ancient Finnish word which means "blacksmith", some of my ancestors allegedly having been members of that trade.
Posted by pHinn at 4:16 PM 1 comment:
Labels: Rautio family

Life Moving Too Fast For pHinnWeb (At Least, For Now)

My life seems to be in transition now, so I just don't have as much time and energy for pHinnWeb or the "scene" as I used to have. (Don't ask, a lot of it is not a bunch of fun and relates to things post my father's death, but I also started at a new job now.) Anyway, I still try to do some updates when I can. For example, Sakke Karipuro announces that his pics from MARry (the people who brought you manSEDANse) Festival are now online at:

Yle Elävä Arkisto has compiled some video clips of Finnish "futu" synthpop, goth-rock bands and clubs of the early 1980s, featuring such acts as Tyhjät Patterit ("Empty Batteries"; of which I've never heard before, I have to admit), Stressi, Jimi Sumén, Hefty Load, Musta Paraati and Helsinki's Bela Lugosi club: