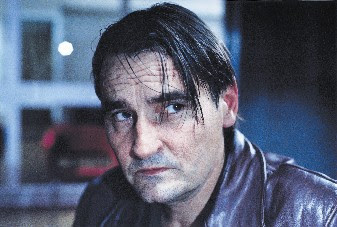 Markku Peltola 1956-2007
Markku Peltola, the star of Aki Kaurismäki's award-winning The Man Without a Past (2002), has suddenly passed away at his home in Kangasala. Peltola was also involved in the activities of Tampere's Telakka club-restaurant-theatre and played in the band Motelli Skronkle. Markku Peltola's two solo albums Buster Keatonin ratsutilalla (2003) and Buster Keaton tarkistaa idän ja lännen (2006) were released by Ektro Records (of Circle fame).

I'm not great with sending Xmas cards, so this is for all of you, and especially for everyone who has kept supporting pHinnWeb and Kompleksi during 2007: you know who you are.
Posted by pHinn at 2:30 PM 2 comments:
Labels: pHinnWeb

The Finnish Society for Aesthetics has granted to the artist Mimosa Pale The Aesthetic Action of the Year 2007 Prize for her sculpture Mobile Female Monument. The jury, comprising the professors Pauline von Bonsdorff and Jyrki Siukonen, calls Mobile Female Monument "a surreal and at the same time a very humane work of art which simultaneously depicts both public and personal space. Seen from afar, the Gogolian giant nose on wheels reveals itself on a closer look to be a female reproductive organ. Pale invites passers-by to crawl inside the piece and be re-born there".

From The Finnish Society for Aesthetics site:

"The Finnish Society of Aesthetics has from 1997 on nominated The Aesthetic Action of the Year and awarded its maker with an honorary prize. The prize is awarded annually by a changing jury consisting of 3-5 persons, including members of the governing body of the society and other experts. The honorary prize is awarded to a person or community, which by his/hers/its activity, products or thoughts has promoted discussions on art, beauty and aesthetic values. The prize is made public on the day of the annual meeting of the Finnish Society of Aesthetics."

"The saga of The Emperor Machine has been long and fraught with deviancy. 2004 saw the birth of the tantalizing Aimee Tallulah Is Hypnotised album (DCR56), a voluptuous and erotically charged audio experience that bewildered the music world with its lust and energy.

Then in 2006 came the second utterance from The Emperor Machine, six powerful 12" emissions that over time (lord) mutated into their own album-like shape to form Vertical Tones And Horizontal Noise (DCR75).

It is to this last outburst that we return for the first of these two new 12"s, focusing on the sordid pop genius that is 'No Sale No I.D'. A cryptically told tale of nocturnal trans-gender research, the song has already achieved infamy with its rabid boogie, inspiring a state of salival reverie amongst the dance music community, as singled out here by none other than SIMIAN MOBILE DISCO.

Fresh from the success of the Attack Decay Sustain Release album, this notorious duo have taken the original and sharpened up all the edges, creating spikes and crunch were once there was ooze, setting the analogue shapes of the original against a frenetic digital electro template that swarms, swells and intermittently bursts inside the mind of the listener; a reworking that truly penetrates the dance floor and those writhe upon it.

With the second of these two 12"s - 'Slap On / Gang Bang' - we glimpse the Emperor Machine in a state of flux prior to the birth of a third age (and third album). Having impregnated itself once again, this is the last discoid emission before gestation begins.

Appropriately, 'Slap On' is a racy polyrhythmic affair that deals in endless climax. Veins will swell as the circuits begin to smoke, the listener tumbling through a vortex of analogue filters and oscillators towards a heavy crescendo!

On the flipside 'Gang Bang' will soothe and relieve after such orgiastic fury. A groove of sinister refinement: during testing this track has been observed to take full possession of the listener's pelvis and bowels, leaving the mind to relax and watch the discotheque melt.

2008 also marks the advent of the Emperor Machine LIVE! The huge mechanical brain that until now has only been glimpsed spinning over Stafford has appropriated human forms and will be smearing itself across suitably lubricated music venues. More details of this to follow..."

(I also shot some video footage at the festival myself, so hopefully some of that material will end up in YouTube before too long.)
Posted by pHinn at 12:46 PM 1 comment:
Labels: festivals, manSEDANse, Tampere, YouTube 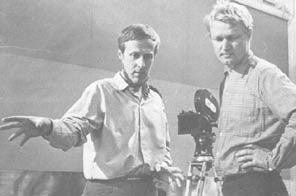 It's been 30 years since the death in car accident of Risto Jarva, perhaps the most prominent film director in Finland before Aki Kaurismäki.

Risto Jarva (15 July 1934 - 16 December 1977) was one of the Finnish directors (alongside e.g. Maunu Kurkvaara, Erkko Kivikoski and Jaakko Pakkasvirta) who in the early 1960s took their cues from French new wave and modernism, thus breaking the nationalist-rural tradition that had been prevalent in Finland's cinema up to those days.

Such works as Onnenpeli (1965) and Työmiehen päiväkirja (1967) combined urbanist themes and social topics. Ruusujen aika (1969) is one of the rare examples of Finnish science fiction cinema. Bensaa suonissa (1970) and controversial Kun taivas putoaa... (1972) (based on the worst exploits of scandal press magazines such as Hymy and its most notorious writer Veikko Ennala) brought grim satirical overtones to social commentary. Yhden miehen sota (1973), perhaps the bleakest film of Jarva, follows the desperate attempts of a lone entrepreneur and his one-man excavator company.

After that Jarva's films took on a lighter note, though not abandoning social issues, and commercially, popular comedies starring Antti Litja, such as Mies joka ei osannut sanoa ei (1975), Loma (1976) and especially Jäniksen vuosi (1977, from a novel by Arto Paasilinna) were the biggest successes of Jarva's career until the death in taxi accident after the director was returning from a showing of Jäniksen vuosi for the invited guests cut his career short, thus giving a serious blow for Finnish cinema in general. 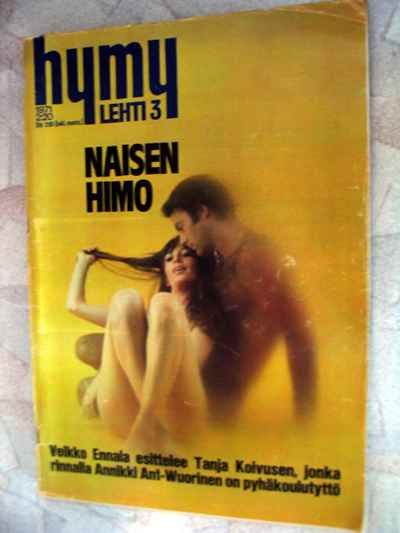 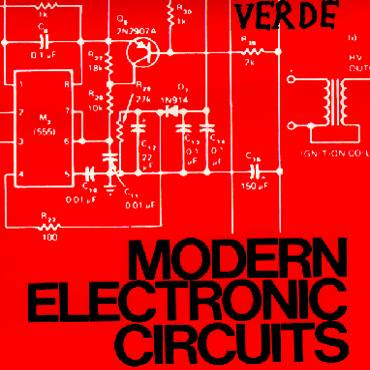 pHinnWeb has hosted a discography page for Verde, a one-man electronic project of Mika Rintala, also familiar from Circle and Ektroverde. Now there's an official site featuring among all photos of Rintala's analogue synths, his own home-made gear (featuring the famous theremin Rintala built inside a Ufox air humidifier!) and Verde's home studio, some technical specs and discography info. 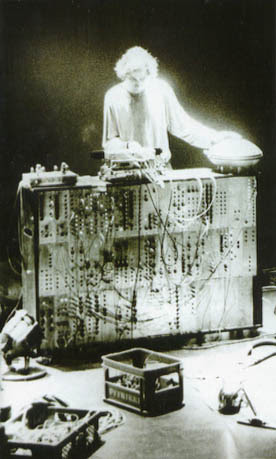 I wrote here some time ago my brother Juha Rautio and his exhibition of flamenco paintings in Lahti. Now a Flickr site featuring Juha's paintings is up and running at: 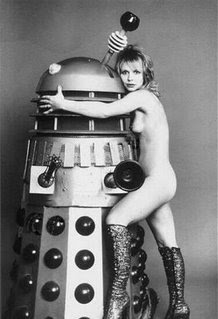