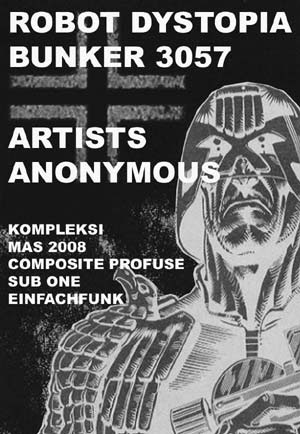 (By the way, Seth Brundle is the main character -- played by Jeff Goldblum -- in David Cronenberg's 1986 remake of The Fly.)
Posted by pHinn at 4:14 PM 1 comment:
Labels: Kompleksi, MySpace 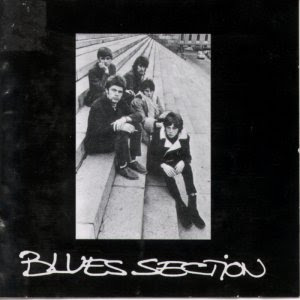 You can now hear the Kompleksi track called 'Bioluminescence' (made in collaboration with Vaasa's Citizen Omega aka Mr. Eero Salminen) at Kompleksi's MySpace site. (The lyrics here.) I also changed a new Kompleksi pic (see above) to the site, where you can see our oh-so-ultra-sexxxy mugs and that pHallic symbol/landmark towering over our homebase Tampere: the Näsinneula observation tower.

There will be more MP3s of our tracks there soon, but so far we've experienced some technical problems in trying to transfer soundfiles... Also, 228 friends/artistic influences on Kompleksi's Friendspace when writing this.
Posted by pHinn at 4:26 PM 1 comment:
Labels: Kompleksi, MP3s

pHinnWeb To Be Deleted From Wikipedia?

I just checked http://en.wikipedia.org/wiki/PHinnWeb. "Gimme a reason to keep this" had kindly posted a proposition "that this article be deleted, because of the following concern":

"Fails WP:WEB: no media coverage -- Does this outfit really deserve three articles: him, his site and his recording studio?"

What does this "no media coverage" exactly mean? What kind of media are we talking about? Do the past mentions of pHinnWeb in such magazines as The Wire, de:bug, Future Music, Muzik, or Finnish City, etc. count?

Also pHinnMilk Recordings entry ("no claim to notability") had met with up this same fate too. (By the way, pHinnMilk is not a "recording studio"; it's just a small CD-R label run by me.) Only pHinn entry seems to have met with those Wikiboys' blessing.

Well, whatever... these people have got their own reasonings. Their favourite way to justify themselves is to claim that "You know, there are rules" (in the way of Orwell's Animal Farm of some animals being more equal than others, I guess?), and so on.

And this inspires me to divert quite a bit. I guess there's a sort of human type I've never learned to understand, a sort of people who love honing facts to death (some call this "nitpicking") and being eternal besserwissers -- unfortunately, besserwisserism has a tendency turn into lesserwisserism: paradoxically, the more one learns and knows about the complex workings of this world, the less one in fact knows; since although seemingly there are no limits to knowledge, there are limits to understanding.

Their little world will probably just collapse if they can't have their say on everything, have a control of every tiny fact. Their world, which they so dutifully strive to keep in order, is in fact a house of cards unable to stand even a tiniest breeze. Wikipedia is probably the ideal playground for them (don't get me wrong, I think as a concept Wikipedia is wonderful; I obviously just don't get the mindset of some individual people editing it).

It seems to be in vogue for any musical act to open their own pages at MySpace, so now also Kompleksi has one. I wonder how many friends will we get...

Muse Is A Harsh Mistress

Fighting the chaos of existence by trying to be as creative as possible, but will the creative urge turn against itself? Will it only bring on more chaos and entropy when one finds oneself living in a constant state of excitement, eventually draining one's lifeforce as the manic phase inevitably turns into a depressive one? Why are so many artists ridden with mental disorders; being nervous wrecks, alcoholics, drug addicts or [add any clinically diagnosed mental affliction here]? Why does the artist's muse tend to be in so many cases such a harsh mistress?

The intrinsic quality of an archetypal shaman is oftentimes the suffering from some sort of mental affliction; being somehow "broken" but managing to put oneself "together". That is one prerequisite of having a healer's gift, of being able to help others -- that one has gone through that "dark night of the soul" and managed to return to the daylight (relatively) safe and sound -- but irreversibly changed as a person.

As everyone who has gone through psychoanalysis as part of the therapy knows, bringing up some hidden subconscious material from the depths of one's psyche can be an ardous, straining, painful and risky, even perilous process. The therapeutist's, the healer's, task is to work there as some sort of guide, pilot, when sailing through these stormy, dark and dangerous waters. What make's the artist's own journey similarly not less filled with perils is that the artist, in one's creative work, must face these same subconscious and potentially fatal depths nearly all the time.

Unless one is just an able craftsman, the sensitivity needed in creative work depends on such a fine balance, often maintained just by the sheer power of will, that is very hard to keep constantly steady, without any unwanted disturbances intervening. Magic, after all, is a combination of will and imagination.

The Best Underground Man in Tampere 2001

City magazine of Tampere has this annual competition called "The Best of Town". There are different categories, such as the best restaurants, clubs, specialized stores, persons in some specific field of life, and so on. In 2001 I was chosen as "The Best Underground Man in Town".

Above you can see the diploma I was given. This "award" was the subject of some hilarity among certain aquaintances of mine: it may be thought that if a trendy "style guide" like City chooses you as the best underground man, that will probably demolish all underground credibility one might hope to possess. Anyway, this may be considered the zenith of my "career"...

(By the way, Mika Rättö of the band Kuusumun Profeetta and other various artistic activities was chosen by the local City mag as the Best Underground Man in Pori, also in 2001.)
Posted by pHinn at 2:02 PM 1 comment:
Labels: pHinnWeb

Finnish text: "Grandma and me."