Jori Hulkkonen: 'So Run The Tears Like Wine' Acid Symphony


Jori Hulkkonen: 'So Run The Tears Like Wine' Acid Symphony Part One

Tracklist for the compilation:

Toronto's Suction Records is one label I've been championing, with their sparkly neo-electro/synthpop sound. I conducted an interview for pHinnWeb on them in September 2003. The ceasing of their activities is marked by one final release, "Now We Are Dead" - Suction Records R.I.P. 12", featuring both Suction's mainmen, Lowfish (a.k.a. Gregory de Rocher) and Solvent (a.k.a. Jason Amm). Bye bye, Suction, and thanks for the memories. From Suction:

Toronto-based electro artists Solvent and Lowfish have been closely linked since the beginning of their respective careers, due in large part to their co-owned Suction Records label, probably the first, and certainly the weirdest, electro/IDM label to come out of Canada. Both issued their first recordings (via a split Lowfish/Solvent 12" in 1997), and later, debut full-lengths on Suction Records.

The label has remained inactive since 2003; "currently on indefinite hiatus," according to their website (suctionrecords.com). Well, that indefinite status has come to an end. NOW WE ARE DEAD. That's right, Suction Records is now officially done. But, just as they have continued to do since the label unofficially ceased operations in 2003, Solvent and Lowfish are forging ahead, with a slew of new and upcoming releases and activity.

To mark the passing of Suction Records, Solvent and Lowfish embarked on a series of live shows, together with their friends from Detroit, DJ Team Dethlab. The "Now We Are Dead" tour, took place January 19 to February 2 2008, hitting Toronto, Chicago, Milwaukee, Detroit, Hamilton, and Cleveland.

"Now We Are Dead" is also the name of a brand-new 4-track Solvent/Lowfish split 12", strictly limited to 400 copies with 2 exclusive tracks each. This will be the final Suction Records release and will be available to purchase directly from Suction Records.

We are Suction Records, from Canada. We have been releasing our unique brand of synthesizer pop for purists since 1997. We call it robot music.

Suction Records was founded by like-minded robot music composers Lowfish (Gregory de Rocher) and Solvent (Jason Amm). Originally considered part of North America's first wave of intelligent dance music labels (as pioneered by UK labels Warp and Rephlex in the early 1990s), Suction Records has slowly but surely established itself as a strong, singular voice in the electronic music underground. Combining the best elements of vintage electropop and modern electronica, Suction Records has created a distinct musical and visual esthetic that is bold yet fuzzy, confrontational yet playful, robot yet human.

Besides releasing the debut recordings by both Solvent and Lowfish, Suction Records has also put out releases by Skanfrom, GD Luxxe, and the Mitgang Audio. Other contributors to the label (comp tracks, remixes, etc) include: ADULT., Isan, David Kristian, Perspects, Lali Puna, D'Arcangelo, Pluxus, Orgue Electronique, and more.

Underground electronica is currently witnessing a resurgence in '80s-influenced synthpop, but while Suction Records has clearly been at the forefront of synthpop's return to form, we are by no means a retro label. Acclaimed international DJ and Warp recording artist Andrew Weatherall concedes: "Suction, always a byword for quality, ransack the past and create a future that sets standards as far as electro's New Wave is concerned. In an Eighties overkill atmosphere these people are part of the elite commando division against which other units should be judged."

Finnish Computer Music from the 1960s

Here you can find video clips on the 1960s Finnish computer music, as presented by YLE Elävä Arkisto from the archives of Finnish Broadcasting Company.

One of my favourite actors, Roy Scheider (10 November 1932 – 10 February 2008) has died, known for his role in such films as Klute, The French Connection, Marathon Man, Jaws, All That Jazz, and Naked Lunch.

The Scheider-starred Blue Thunder, directed by John Badham in 1982 was an interesting techno thriller with paranoid 1984-ish themes, which came out during the same year as Clint Eastwood's Firefox, another film about an ultramodern flying war machine using stealth technologies, though Badham's film was much more successful than Eastwood's stale effort which lost its interesting technological, even science fiction-like premises (a fighter aircraft with a thought-controlled weapon system) to weary Cold War propaganda, extremely wooden acting and general pedestrian pace. (Though the film poster and Mig-31 itself in the flick are quite cool.)

Giallos Flame: House at the Edge of the Dark

Live From Dunwich EP by The Giallos Flame was for me one of the best releases of 2007. Now The Giallos Flame (a.k.a. Ron Graham of UK) comes up with a fascinating new album, again emulating the sounds of the best 70s Italian horror soundtracks à la Goblin and Ennio Morricone; even with some jazzy Miles Davis-like licks of the Bitches Brew era. You can also buy the album through The Giallos Flame MySpace page.

"It's exquisite, original music and I love it!"
Annie Nightingale, BBC Radio 1

After leaving the ruins of Dunwich and wandering in the sonic wastelands of post-apocalyptic soundscapes for six months, the Giallos Flame return with their new album, House at the Edge of the Dark. Full of beat-heavy, bass-driven analogue grooves that would have you thinking you were listening to some warped long lost 70s soundtrack.

Psyched-out guitars meet menacing analogue synth in an audio assault that moves & grooves through a plethora of styles & moods to take the listener deep into the dark & disturbing but always funky world of exploitation cinema soundtracks.

Analog Screams Records invites you to come stay at The House at the Edge of the Dark!!

As ever, the Giallos Flame continue to push the raw attitude & sounds of the 70s well into the new millennium, never letting up their mission to spread analogue rawness into an ever-increasing virtual world.

With 2008 we will see & hear them in forthcoming motion pictures like Black Devil Doll, the first X-rated blaxploitation film to be made for decades & the much anticipated Hobo With A Shotgun feature film. 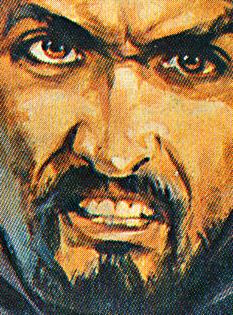 The 7th installment in the Erikoisdance CD(r) series is a collection of recordings by Non-baryonic Form. Tracks cover a wide range of compositional styles and are connected more thru the creative technological approach or production philosophy than any aspiration toward some existing genre or urge to create anything that could be seen as a logically advancing selection of songs or well-balanced album-like entity.

The only place in the physical world to buy the disc is, as usual, the Myymalä 2 gallery shop on Uudenmaankatu in Helsinki. You can also order a copy by sending us a message via the myspace page --> http://www.myspace.com/erikoismies (Some of the songs can be heard in the player over there too.)

This year's Tampere International Short Film Festival will take place on 5 - 9 March 2008. Out of the programme, of pHinnWeb interest is at least Darkbeat: An Electro World Voyage by Iris B. Cegarra (2006), a documentary on electro music, also featuring Finland's Mr Velcro Fastener among such international luminaries as Aux 88 members, Octagon Man, Cosmic Force and many more. Darkbeat will be shown on Friday 7 March, 10 pm at Plevna 2. Furthermore, Planet B-Boy by Benson Lee (2007) on breakdance culture (Saturday 8 March, 10 pm at Plevna 2) sounds interesting. And also a series of Warp Records videos is promised to be a part of the festival schedule.

Blastromen, a Finnish electro act recording for Turku's X0X Records, have a new Website at http://www.blastromen.com/, which also includes some samples of their sounds, as does their MySpace page. Blastromen's latest release is:

For those interested in X0X Records, there's an old (2002) interview @ pHinnWeb. 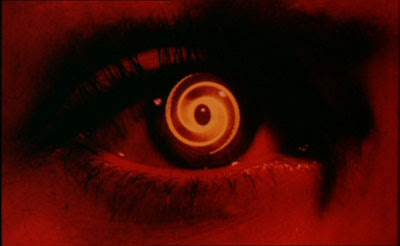